The fifth issue of The Watermark was published on October 26, 1994, and attempted to balance family and politics in dealing with national LGBTQ+ (Lesbian, Gay, Bisexual, Trans, Queer/Questioning, and others) issues. This new perception allowed the front page to have an article on the developing Gay Neighborhoods in Orlando and on the involvement of gay voters in upcoming elections. Another major section of the paper was dedicated to the scandal revolving around state representative Jimmy Charles, and the sex solicitation case that he was involved in that resulted in him addressing homosexuals in the same breath as pedophiles, delinquents, pimps, and more. Continuing its trend of publishing international stories, this issue addresses the Oregon Citizen Alliance accusing gays as being key participants in the Holocaust, a Colorado anti-gay bill being declared unconstitutional, and the World Health Organization’s addressing of a vaccine to treat HIV. Another issue covered was the inequality of credit for LGBTQ+ members and the proposed gay credit union for Orlando. Finally, this issue saw a spike in advertisements specifically targeting HIV+/AIDS patients.

FLORIDA'S DISTINCTIVE GAVAND LESBIAN PUBLICATION.
GAY VOTERS GIVEN CLEAR CHOICE IN
7W A XFV U A npc
Election day b always tie second Tuesday in November- November 8 this tme around, But in one respect, this election year is different* for (he fast time, voters in Central Honda know where many candidates stand on issues of importance to the gay and lesbian community. In fact, many candidates have actively embraced the gay community, seeking gay votes that may have a substantial impact on election results, particularly in close races.
have been forced, often tentatively, to
distance, ignoring queries and invitations. Others have delivered a clear anti-gay message.
But a substantial minority of candidates have actively sought gay support and gay vo&s, Many of these candidates | have teen surprised by the steadfast assistance and financial support offered. But they have also experienced the flip side,* lost endorsements and financial backing from conservatives made uncomfortable by those willing to speak out in support of equal rights and dignity for lesbians and gay men.
Politicos will study this election to see whether gay votes in Central Florida are too costly at present. Lisa Talmadge, founder of the “Lisa's List Voter Guide," j will be one of those watching very closely, Talmadge has compiled a list of candidates who have expressed a sensi-
didates on her list have signed the Rainbow Democratic Club Employment
Non-discrimination pledge, which states: The sexual orientation of on individual
promoting, or terminadng&fun employee^ im in
Ultimately, with a good turnout and
ORLANDO’S EMERGING GAY NEIGHBORHOODS
by Ken Kundis
San Francisco, 1974. The shift started slowly. As more and more gay men and lesbians flooded into the Castro Street area, the local residents of this ethnic, working class neighborhood began to notice one charming but dilapidated Victorian home after another being bought and tastefully redecorated. It seemed a new business appeared each day on Castro Street, Eighteenth, and in all directions east and west.
The throngs of gay men and lesbians flooding the Castro area at that time brought with them incomes that benefited from higher than average educations and that were unrestricted by children. They had money to spend. The once-reticent natives of the Castro Street area quickly saw the benefit of the new money and blood that in-
chose to leave in the face of the tidal wave of migrating gays couldn’t complain too much; they were selling their homes at nearly twice what they would have gotten for them just five years before.
Within a mere two years, a full-scale gay community had sprung forth in the Castro. As word spread quickly across the country, more and more gays filed into America’s first self-acknowledged “ Gay Ghetto. ”
Gentrification, the restoration of a deteriorated area, has been part of the legacy of the gay community in the United States. In the twenty years since the rise of the Castro Street area in San Francisco, gay neighborhoods, or neighborhoods with strong gay and lesbian populations, have sprung up in nearly every major urban area in the country. These include South Beach in Miami; Capitol Hill and DuPont Circle, Washington, D.C.; Virginia Highlands, Atlanta; and, Hillcrest, San Diego. Now Orlando is developing its own brand of gay neighborhoods, based not only on these models, but also on the unique personality of the city itself.
In the past five years, downtown neighborhoods such as
SarTpr!?"
Audubon Park havlTseen lncrea^flg niirfiOers or young urt
fessionals, including many gays and lesbians, moving into uie area
and purchasing homes and businesses that were once in disrepair.
Now, these areas boast some of the most active development in the city, with the majority taking place in Thornton Park, which includes Thornton and Washington streets and is within a short walking distance to Lake Eola. Developers are currently working
Continued Page 10
Thornton 1
THORNTON PARK. With Lake Eola os backdrop, Washington Street boosts o rapidly (hanging commercial district and on ambience that is distinctly goy.
VOLUME 1, NUMBER 5
OCTOBER 26,1994
PHOTO BY JILL PORTER
WATERMARK / October 26,1994 2
LAND TITLE INSURANCE
of Citrus County, Inc. • Winter Springs Office
Uficl ItfeJljbrafc ijfroud to announce the openfn|f| ouf beautiful new Winter Spring office.
We are proud to offer:
□ The most competitive rates in the area
□ Closings in your office or ours
□ 24 to 48 hour turnaround on most searches
□t After hour and/or weekend clos >r your convenience
We are excited about our new central Florida location
■T ' 111Ind look forward t<j:wo^W'Mti you.
WortliA
ninruni.V.... .
Visit us for brunch, lunch, and dinner.
Teddy, Papa Tony and Pablo look forward to your visit and promise you a unique dining experience.
T - TH 11 AM -10 PM • F11 AM • 11 PM *S 10 AM-11 PM* SUN 10 AM-9 PM
900 E. WASHINGTON STREET ♦ ORLANDO, FL 32801 ♦ (407) 425-0033
(407) 644-7111
JUST NORTH OF LEE ROAD ON IT-02
WHY PAY FOR THE WHOLE CAR WHEN YOU ONLY HAVE TO PAY FOR HALF*?
FORD’S 24-MONTH RED CARPET LEASE
Top 10 Leasing Consultant - Region
Flexible Financing,Sales and Leasing
Serving Central Florida's Family Since 1985 6 Consecutive Years' Membership in Ford's Top 2% Sales
ALL FORDS ARE CREATED EOUAL. DON REID FORD MAKES THE DIFFERENCE
FRED BERLINER
Se Habla Espanol
RSTATE4 - " v -y - DONrrf REID XI FORD^SI f r: . CM MAITLAND J
UJ LEE ROAD V
| §

:^5CiAU5)NE55
▼ Out * About Books’ Bruce Ground
turns 32 (Chicken!) on October 28. Lavish gifts and cards are expected (remember .. .presentation is everything). Let’s all of us who drive by the store that day honk at him, too. By the way, his coffee shop is presently under construction and is set to open “in November, or December, or whenever I damn well feel like it.”
▼ So much for the first openly gay actor playing an openly gay character on a network sitcom. CBS’ Daddy's Girls is headed to “Hiatusville,” and is in fact the first CBS series to be shelved this TV season. We caught the show once, and it only came alive during Harvey Fierstein’s scenes as Dudley Moore’s fashion designer and bitchy confidante. And for the GPC (gay politically correct), screw stereotypes...there are people like that (some write for this paper) and they are funny.
▼ Christmas gift idea.. .If You Ask Me is a book of hilarious New York matron Libby Gelman-Waxner’s collected columns from Premiere magazine. Libby is actually the invention of gay playwright (Jeffrey) and screenwriter (Addams Family Values) Paul Rudnick, and his commentary on movies and movie stars is laugh-out-loud hilarious. . .perfect light bedtime reading.
T We’re becoming FOX fans.. .especially late night. At midnight, reruns of the consistently excellent, even inspiring, Northern-Exposure come on. After that, look for a surprising new half-hour talk show called Call. Basically, its a group of bright, attractive yuppies rehashing current events and talking with interesting guests. News from people you wish you knew. Featured are a female sports reporter (we just know she goes kicking and screaming into makeup), and a lot of comfortable, positive references about gay newsmakers and gay culture. The week of National Coming Out Day, gay and lesbian guests like the editor of Out Magazine were featured every night. Last Call is a glimpse of the future and we like it.
▼ While on the subject of FOX, pick a word...hunk, humpy, humunculous, hunkubine, hunkster, humporama.. .to describe Howie Lons from their new football broadcasting team. Are he and John Madden from the same species? We’ve always thought it would be fun to let gay men, Paul Lynde and Harvey Fierstein types, do football commentary. “Oooh baby.. .major pile-up in the middle of the field.”
(2he Mostly i/NFAbuiPus Sociai fei! ETHAN GREEN. . .
&y CJrurJjTs
One SaTurpay Afternoon when You SHoUlJCvE BEEN ScRuBBiNG T&E BaTHRooM, You AnA A CELE-bRATeA TELEVi5i>N PiTcHMAN FeU PeePLY in L©V£
SI
HE V/oRKEil a GREAT <HEAL. YoU SPENT M°ST ofYoUR TiM£ BY^ii'SPooL.
DESPiTE TftE House AotaFAMiLiARl’TY OF NAME, AnA AN iNTENSIY LoYAL FoUoWi'nG Wh«cH iNCLU<8Ejl Your GREAT AUHT FLORENCE, HE REMAINED SoMETHiNG ©FAN ENiGMA.
■ ANAS ?
ONE*..
P M°P ELSE.
,'PNfS -
y
v jf// -o*
Hell,Even a guy w^fiots Been t© h©tianta asnvany Times AS SucJtyCLAIMED To have no IDEA TftAT
Y©UR MAN WAS queer.
’course Buck ISN’T THE BRIGHTEST bulb PuRNlNG, AnA PRobAbLY FELT A BiT SiUY WHEN YoU PoinTEA Out a FEW SAliENT point
TRvE,/f)E likedlHiS SEY Ki'nA’a STeRiLE, BuT You FiGUneA TiME AnA A liTTLE biT OF ELBoW GREASE WeuiA (REMEAv TjhAT...
/THE’5 GoT A GREAT T RoLLEA up sleeves V Show off sweluhg EARR1N6S, AHA AN OBSESSION V CLEANING HoitfE... what do you think f 'S PUHNo. I MEAMf -J THE GuV Does WEAR WHITE SLACKS IVBBFoRE W*EfA®RiALPAY.J LHicH • CEPS,1 Mif-b I Pfl ?/ /j 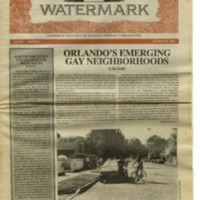